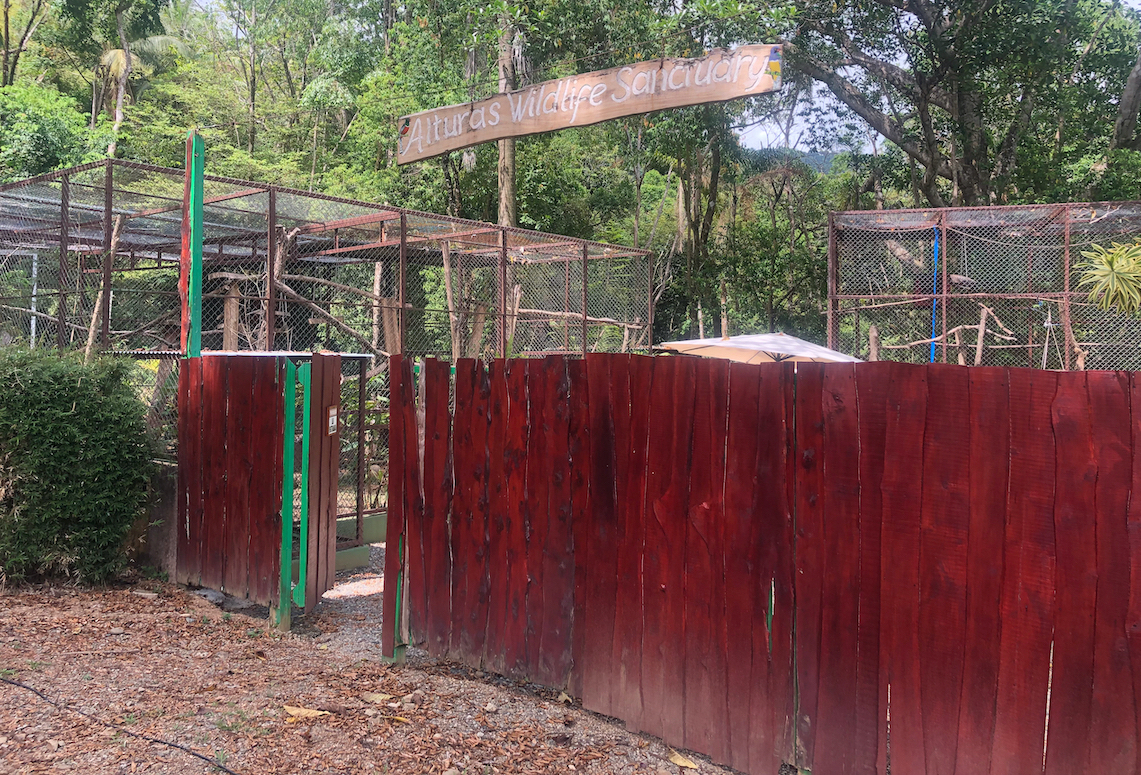 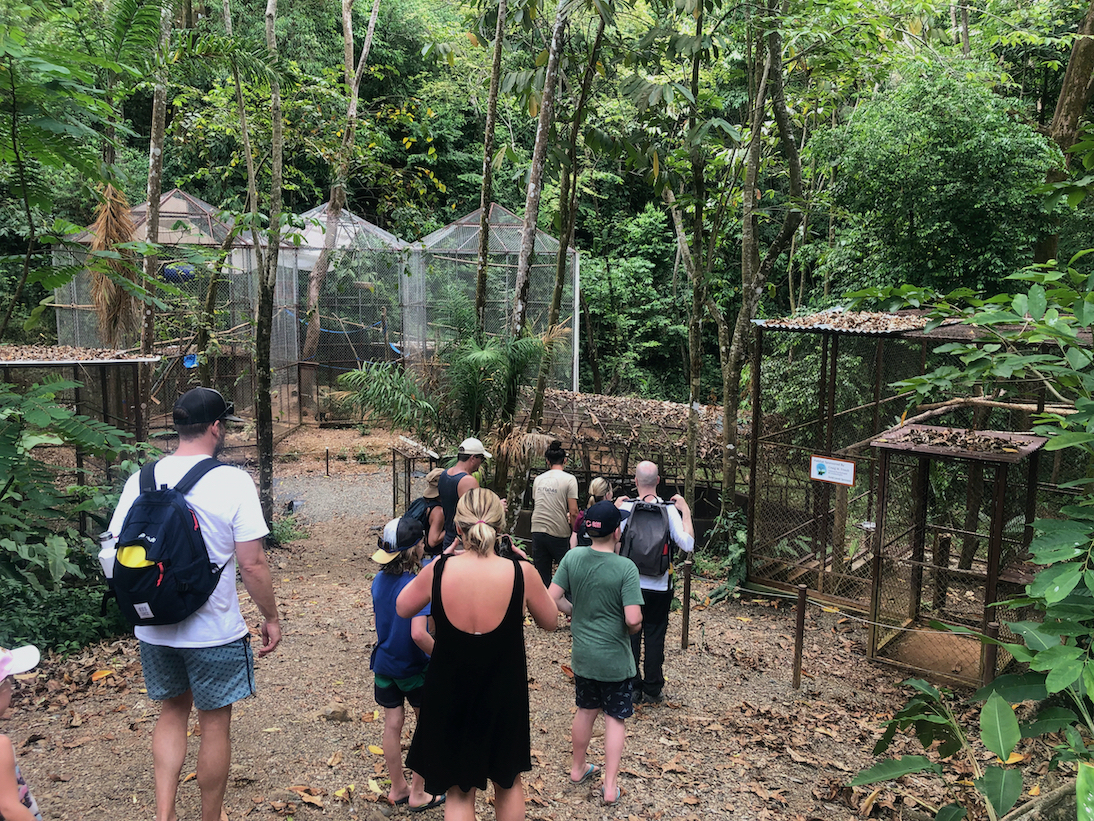 If you are interested in the care and rehabilitation of wildlife, the Alturas Wildlife Sanctuary located 15 minutes south of Dominical is a place to visit on your way to or from Casa Roja. The sanctuary specializes in the care of orphaned and injured animals, as well as the rehabilitation of wildlife that were kept as pets. While nothing can compare to seeing animals in the wild, a visit to this small sanctuary provides an opportunity to see a few elusive species up close, and is a way to support the organization’s mission. 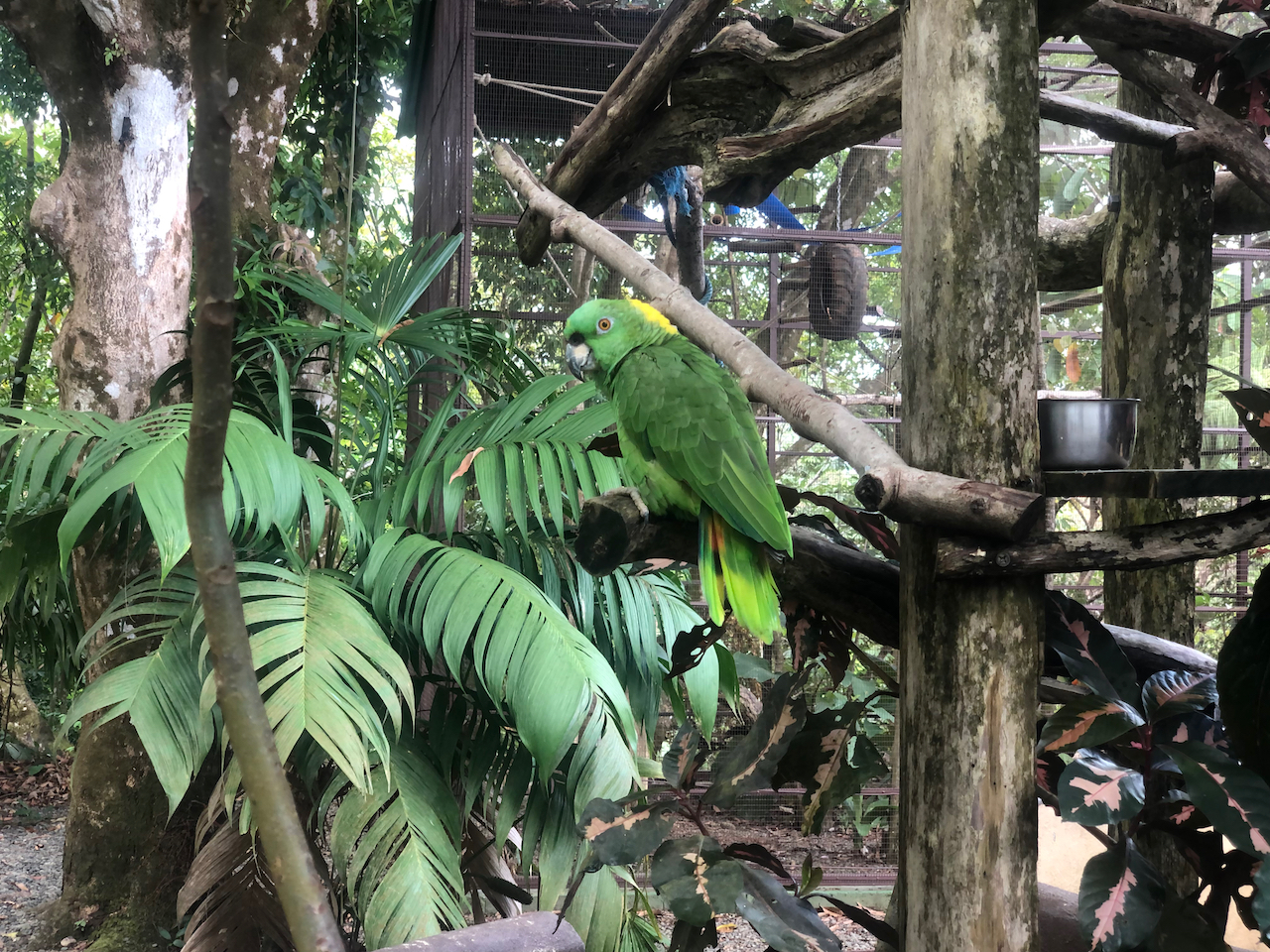 Every year, the sanctuary cares for 400-500 animals in their clinic and nursery. Alturas receives animals from the region spanning the town of Quepos (43 km or 27 miles north of Dominical) to the Panama border. Nearly half of the animals that come through the sanctuary are birds, and many were previously kept as pets. The vast majority of these animals are rehabilitated and released, and some are sent to other sanctuaries that specialize in caring for a particular species, such as macaws or sloths. However, a few dozen animals that are unable to live in the wild due to injuries or habituation to people have found a permanent home at the sanctuary. Visitors are able to see and learn about these animal ambassadors through guided tours of the sanctuary. 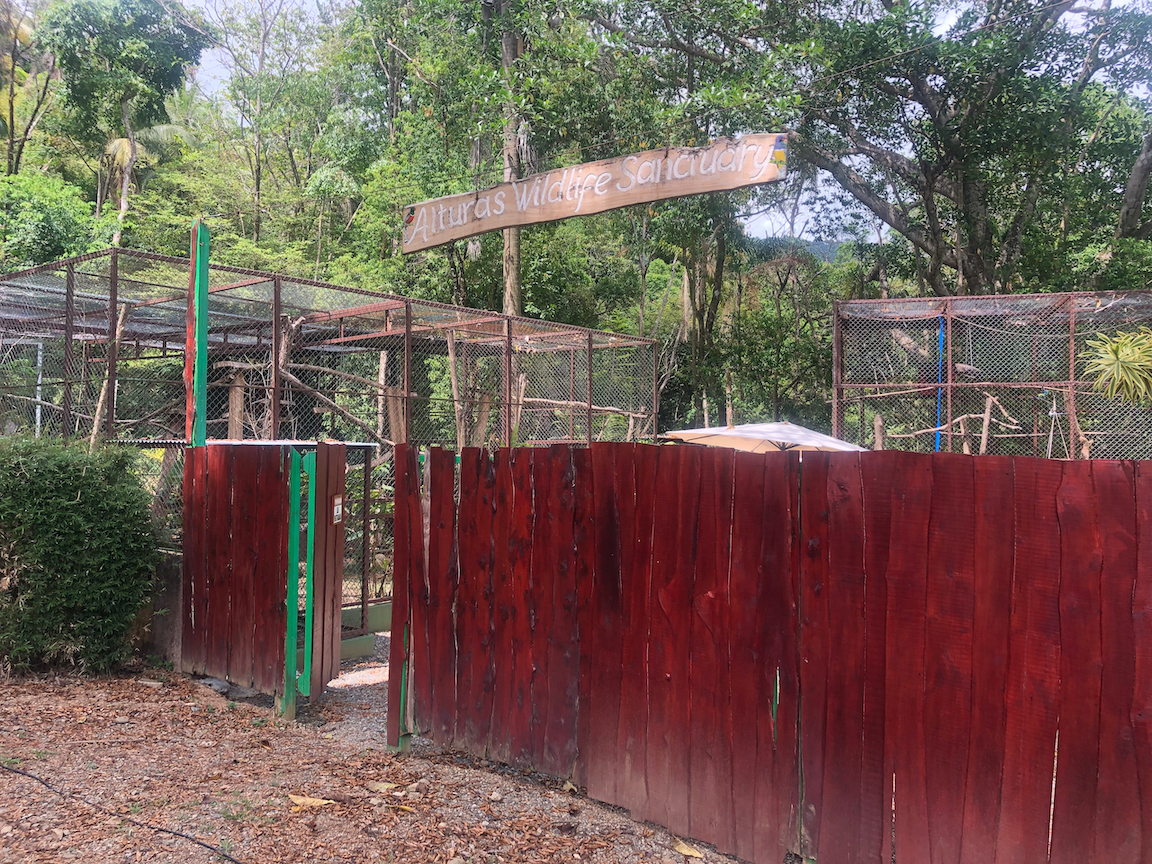 Guided tours are available by reservation only. Tickets for tourists are $25 for adults and $15 for children. Each tour can only accommodate 10 people, so be sure to reserve your spot in advance online. The sanctuary is located on the property of the Villas Alturas hotel on Calle San Martin Norte off of Highway 34. This is a very steep dirt road and the turnoff to enter it is not well marked, except for a small blue sign for Villas Alturas and the wildlife sanctuary on the opposite side of the highway. Therefore, it is helpful to use a mapping app to navigate to the sanctuary. 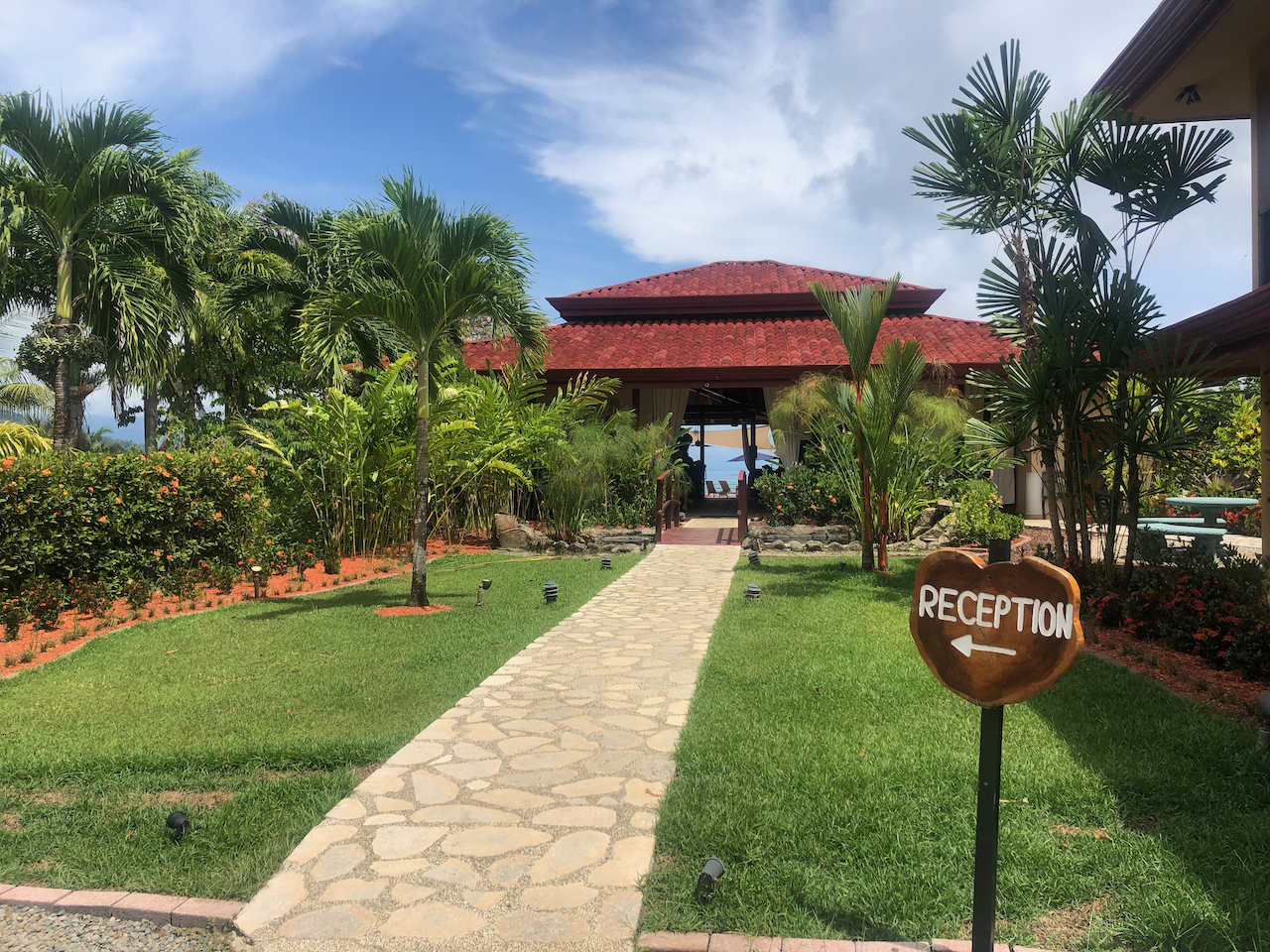 When you arrive, check in for your tour at the registration area of the hotel. If you come early, you can enjoy a drink at the hotel bar and take in the spectacular hilltop view of the Pacific coast from the hotel’s open air bistro or pool deck. The sanctuary tour lasts between 1 and 1.5 hours and requires a short walk up a steep and uneven road to get to the rescue center from the hotel. During the tour, your guide will take you to each animal’s enclosure and share some information about the biology of each species, as well as the stories of individual animals and why they are in the center’s care. 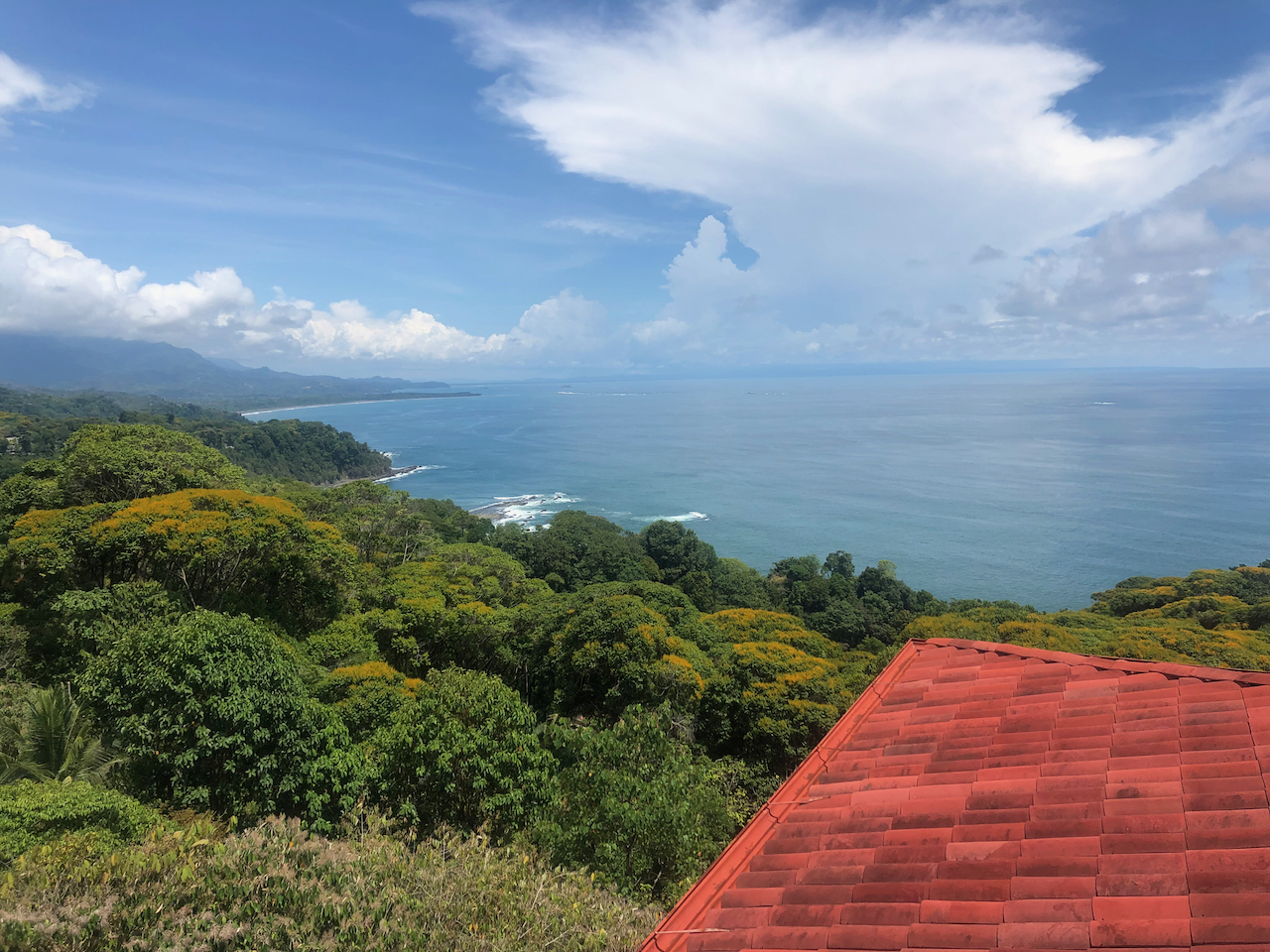 View of the Pacific from Villas Alturas

Although more than 100 wildlife sanctuaries and rescue centers operate throughout Costa Rica, one special feature of Alturas is its clinic, where it is possible to perform surgeries, take x-rays, analyze blood samples, and provide other medical care for injured animals. Their facilities also include a nursery with incubators to care for orphaned baby animals. Staff and volunteers take shifts to feed goat milk to the nursing babies every few hours throughout the day and night. Baby animals remain in the nursery area for a similar amount of time that they would stay with their mothers in the wild. This can include six months for a sloth or a whole year for wildcats. Although visitors cannot visit the clinic or nursery areas, your tour guide may show you photos of some of the animals currently in the center’s care.

The center also has a pre-release area for animals to get acclimated to hunting live prey or to test out healed injuries. The staff use disguises when caring for these animals to prevent them from becoming accustomed to people. When animals are ready to be released, center workers try to set them free close to the area where they were found. 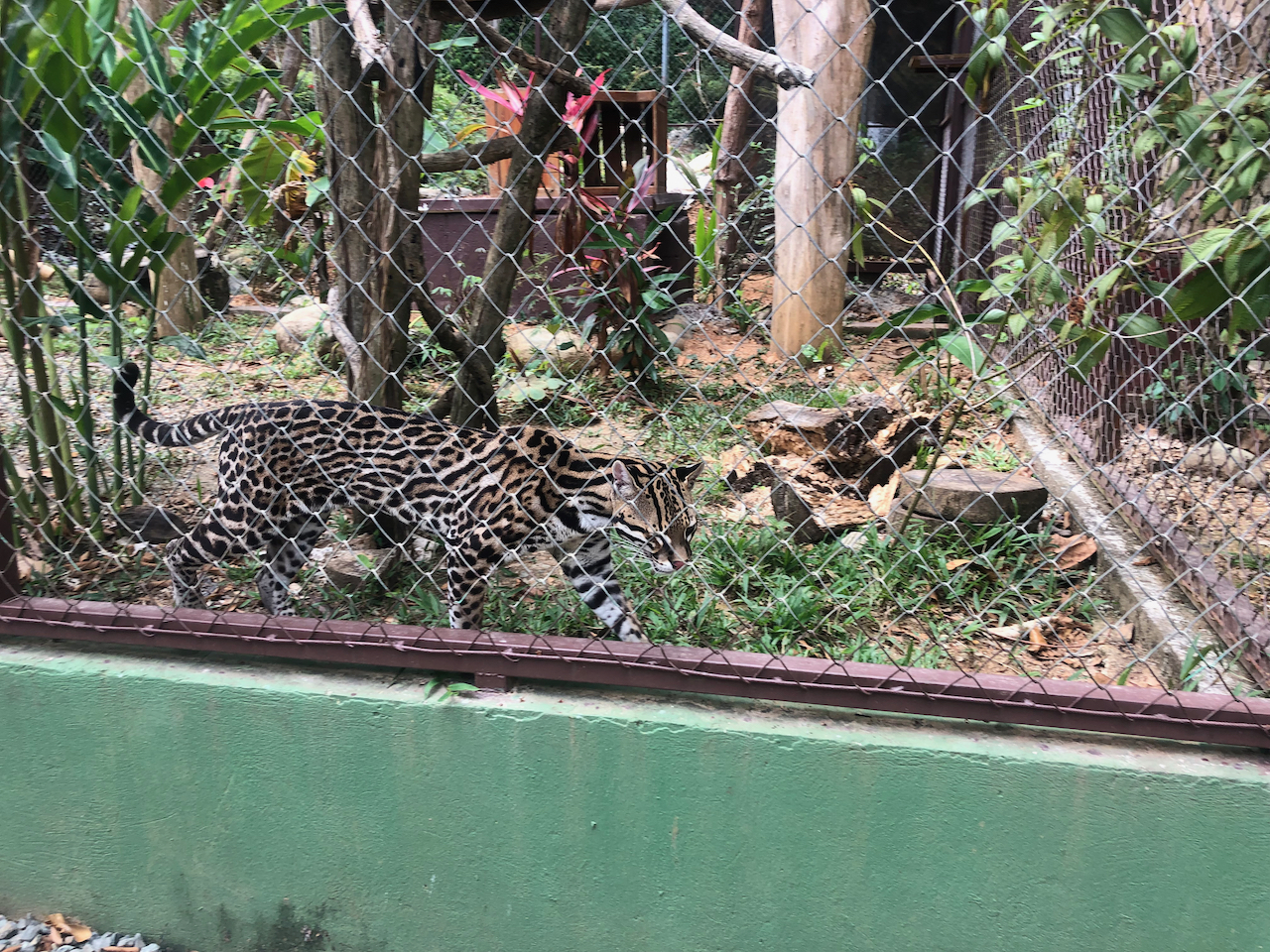 Not every animal makes the cut for release. This was the case for Leo, a stunning ocelot in one of the sanctuary enclosures. Leo was brought to Alturas as an orphaned cub along with his sister, who successfully learned how to hunt, and was deemed suitable for release. Leo, however, showed no inclination to learn how to catch his own food, and as a consequence, he now lives at the sanctuary. Some of the other inhabitants include two pecaries that were confiscated as pets, one of which receives daily pills for a heart condition that are ground up in her food. There are numerous parrots of several species, some of which were former pets that never developed the muscles and ability to fly, and a two-toed sloth with a paralyzed leg that came to the center as an orphan. Other residents include squirrel, spider, and capuchin monkeys, a crocodile, and an iguana. The team provides enrichment activities for many of the animals such as hiding their food in puzzles that they must open in order to eat. 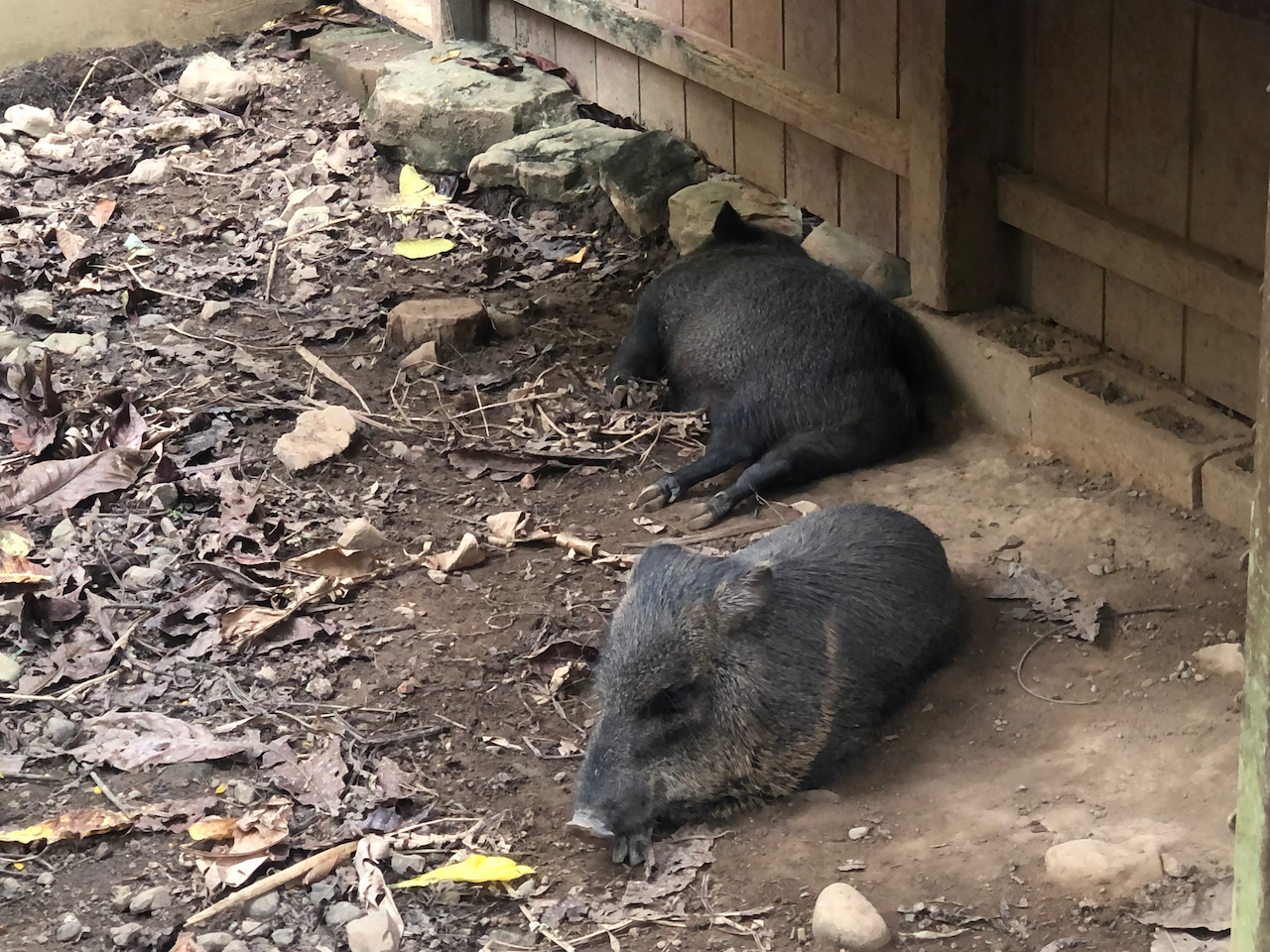 Alturas Wildlife Sanctuary opened in 2014 when a nearby sanctuary needed to close, and the former owner of Villas Alturas decided to donate some land near the hotel to house the animals. The center operates off of donations and the work of volunteers. The facility provides housing for volunteers, who may stay for a month at a time to work with the animals, or longer in the case of some veterinary students. A tour of Alturas Wildlife Sanctuary is an eye opening look into the consequences of the illegal wildlife pet trade, and an informative first-hand account of the work being done to care for Costa Rica’s injured and orphaned wild animals. Learn more at https://www.alturaswildlifesanctuary.org/. 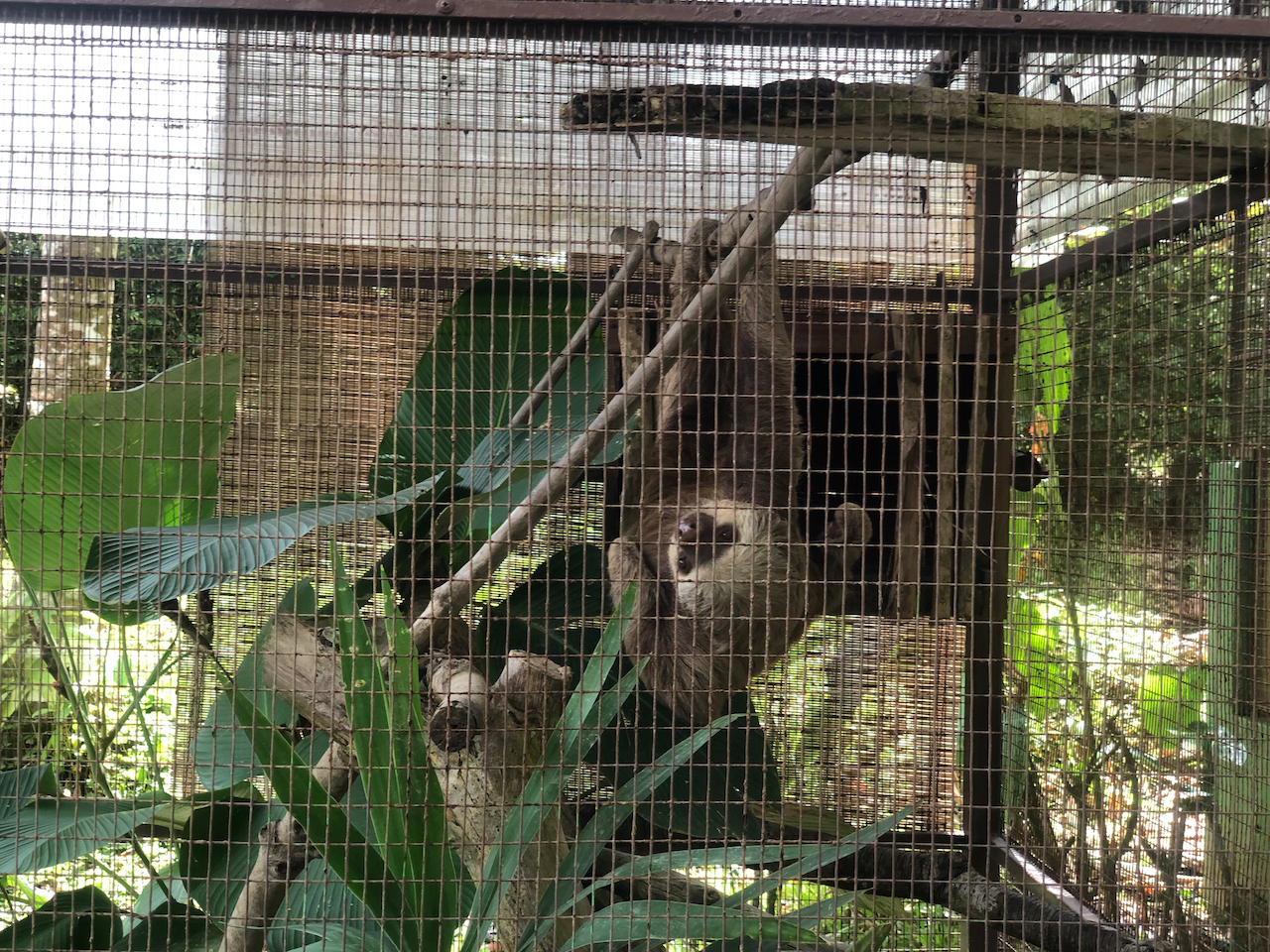 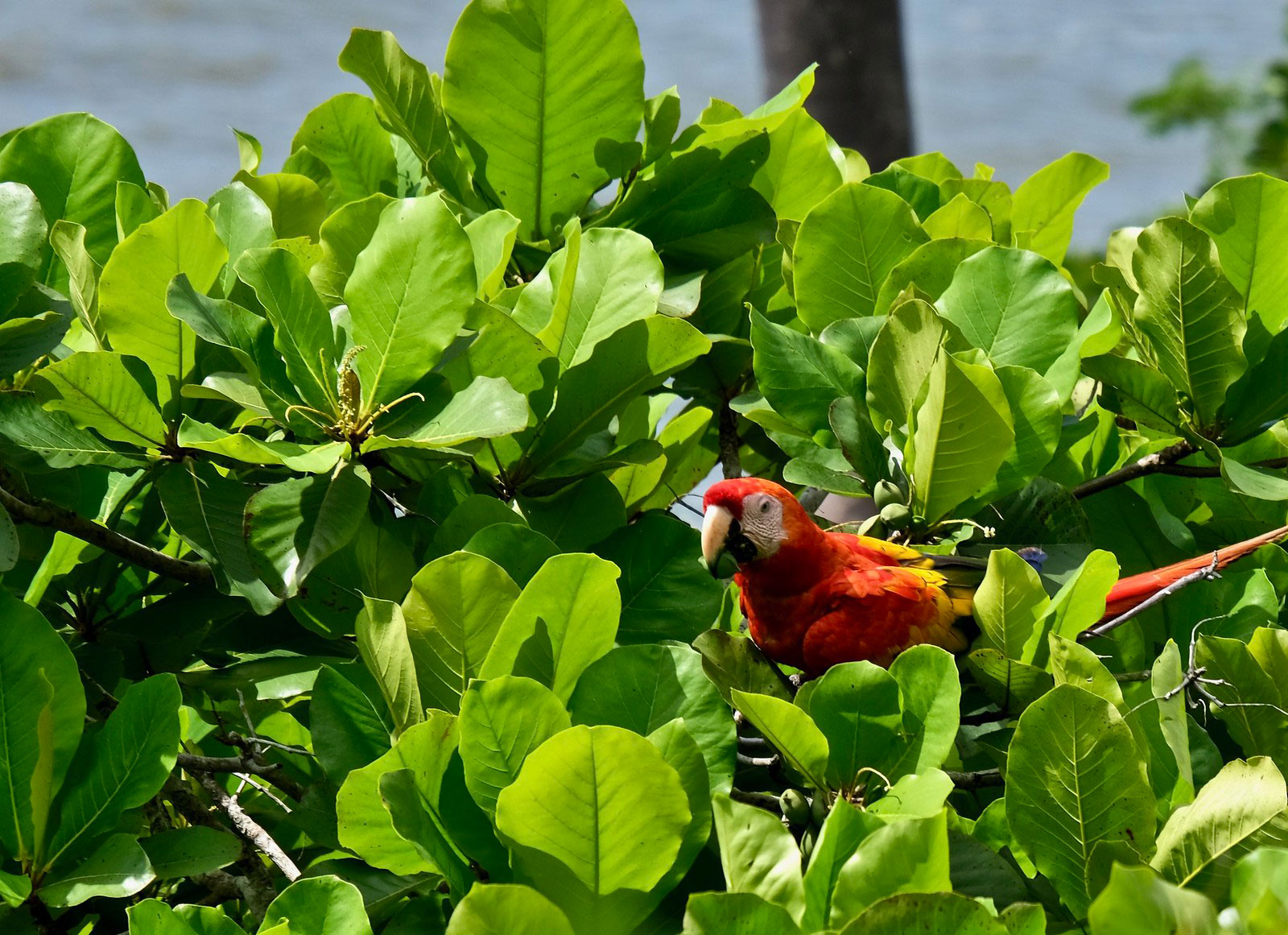 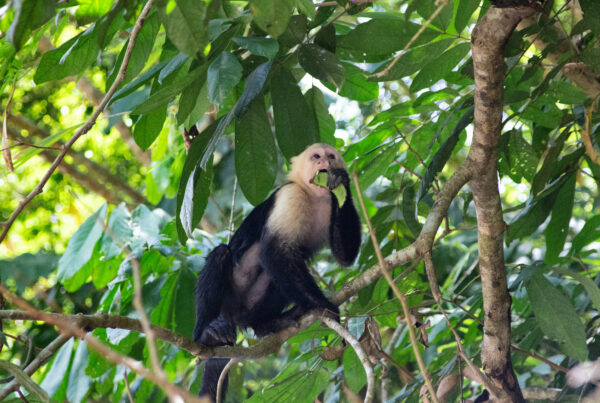 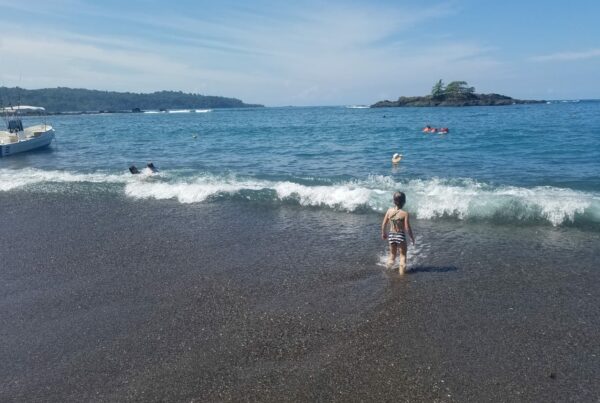 A Day at the Beach: Playa San Josecito in South Drake Bay