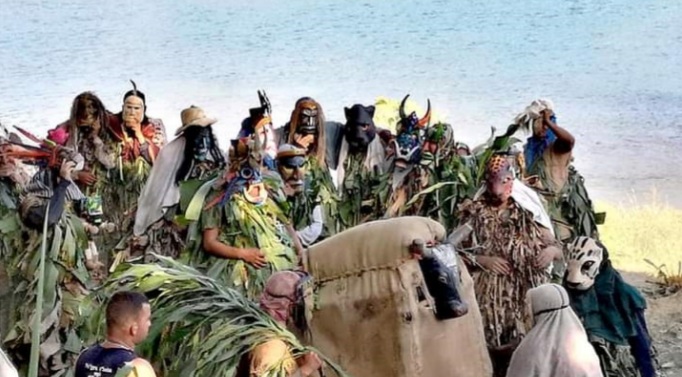 By Uriel Rojas R., member of the Curré/Yímba indigenous territory

From January 27-30, 2022, one of the oldest indigenous traditions in Costa Rica called the Game of the Little Devils will be held in the indigenous community of Curré/Yímba. This tradition commemorates the struggle of  indigenous ancestors against the Spanish during the Conquest period that began in the 1500s. Curré / Yímba is located in the Buenos Aires Canton of Puntarenas Province, which is 228 km southeast of San José, the capital of Costa Rica.

The Little Devils ancestral ceremony begins with “the birth,” which in 2022 takes place on Thursday, January 27, at midnight. The indigenous participants climb a nearby hill and put on masks made of balsa wood as well as colorful costumes adorned with banana leaves to become the Little Devils. Around midnight, the “mayor” of the little devils plays his cambute conch several times, which signifies that the Little Devils have been born in Curré/Yímba. At once, the little devils jump and form a circle while holding each other and shout “salomas,” or guttural cries, as they travel  the first house where they are greeted with lots of chicha (corn beer) and tamales. 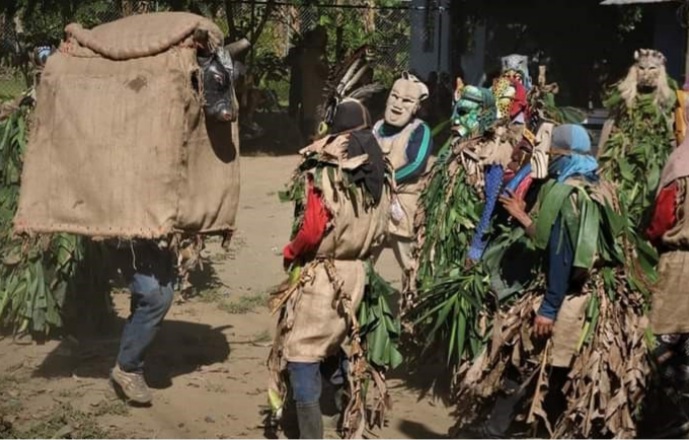 Little Devils confronting the bull in Rey Curré/Yímba. The game of the Little Devils is one of the most ancient traditions of Costa Rica and commemorate the war fights of the Boruca ancestors during the period of Conquest.

Throughout this night, the Little Devils will go from house to house throughout the community, and at dawn they will await the arrival of a “bull” that represents the Spaniards or any invader. With his arrival and attack, a  pitched fight will begin between the Little Devils and the bull. They will fight for three more days until the sunset of the last day (Sunday, January 30) when the bull dies at the hands of the Little Devils. While they butcher the bull, the Little Devils make fun of their adversary, and give away his parts to the people of the community. In this tradition, the bull represents the aggressive conqueror or invader and the devils represent the indigenous people defending their land and their cultural values.

Although historically the event has been called the “Game of the Little Devils,” today the community prefers to call it “The Fight of the Warriors” because they believe  that this tradition does not commemorate any game, but a battle fought by  their ancestors. Past and present indigenous people are indeed warriors who defend their collective identity with pride and courage. This tradition of the indigenous people was declared by the government as Intangible Cultural Heritage of Costa Rica (Patrimonio Cultural Inmaterial de Costa Rica).

For more information about this event, please contact Uriel Rojas at urieldecurre@gmail.com or +506-8709-3735.

We invite you to watch a video about this tradition. 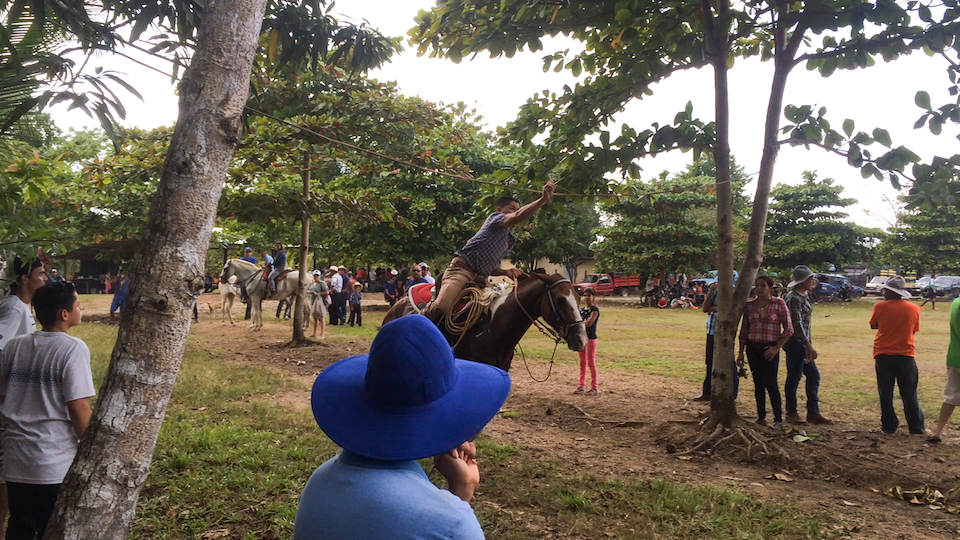 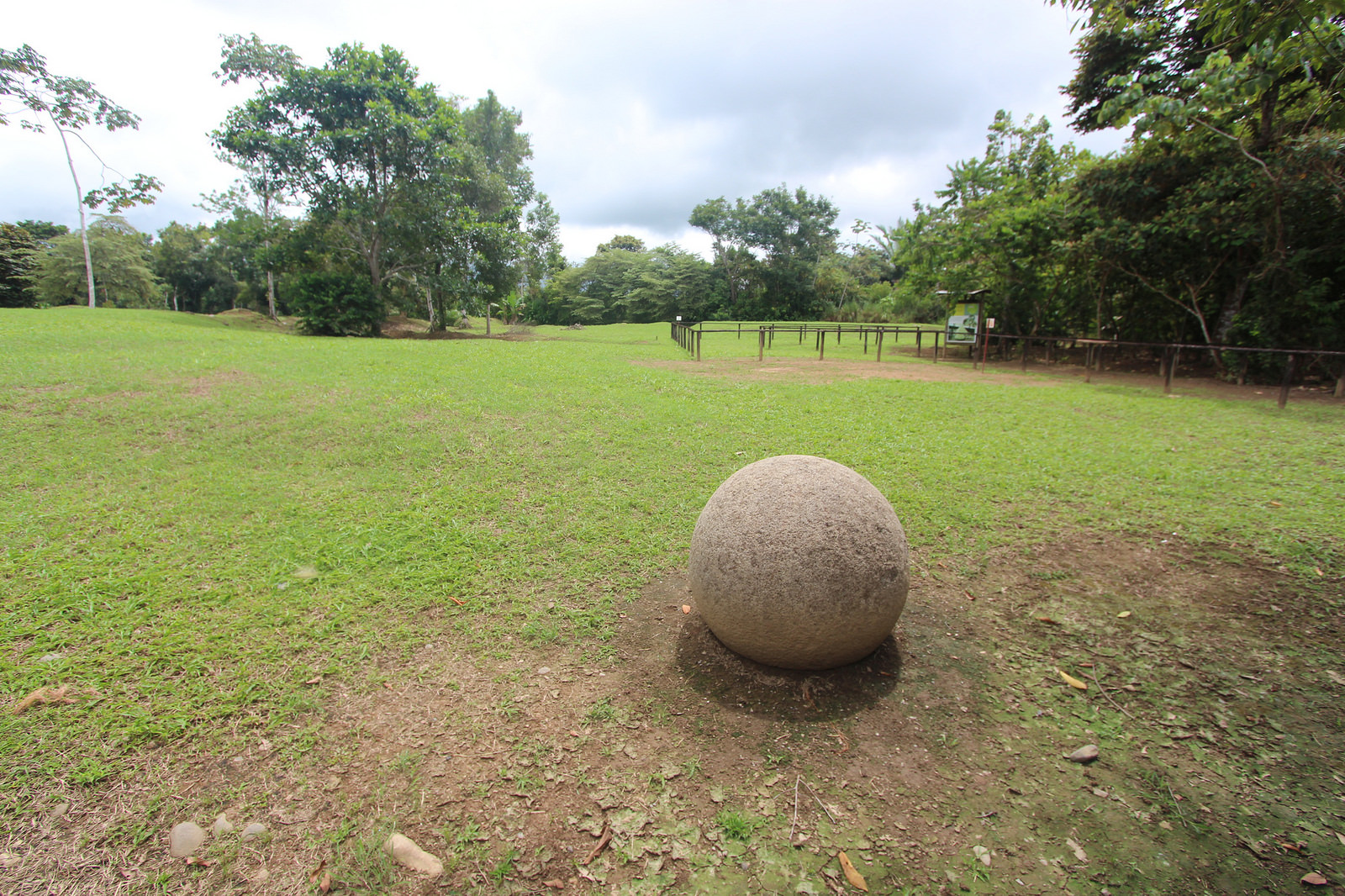